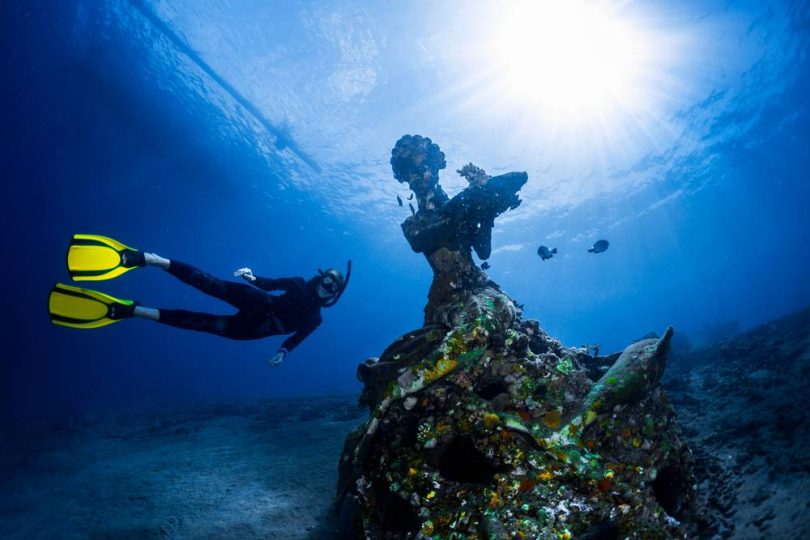 In a project developed in a partnership between the Montego Bay Marine Park Trust in St. James and Smilozone Waste Management Ltd., a new tourist attraction is being constructed in Montego Bay. Hugh Shim, the executive director of a new underwater marine park, described the attraction as featuring a “village of Jamaican-type mermaid sculptures” made from glass. The underwater sculpture park, the first of its kind in the area, is also designed to create a habitat for marine life and call attention to the marine and coastal environment. A 500-pound mermaid sculpture has already been made and will be the first figure installed at the Montego Bay Marine Park, which is located on almost 16 square kilometers (over six square miles) of marine-protected, mixed-use area.

Shim added that the park has two purposes: the sculptures will eventually become coral reefs or habitats for marine life, and the park will provide a unique new tourist attraction unlike any other on the island. Individuals and organizations have been invited to participate in the Initiative, which is likely to improve the health of the marine reef ecosystem over time. Shim noted that the project is taking a creative approach to volunteerism and that anyone who can swim is welcome to join and become of its “live mermaids.”

According to Khimaja Connell, a lecturer at the University of the West Indies Mona Department of Language, Linguistics, and Philosophy, the creation of an underwater sculpture park will be welcomed as an addition to the marine environment of Montego Bay. The development of a sculpture park with a mermaid story is a creative way to focus attention on the environment, Connell said, praising the park for taking on a project that encourages people to think more about what is happening to the ocean environment.

Montego Bay is home to three Marine Protected Areas (MPAs), including the Montego Bay Marine Park, the Bogue Island Lagoon Special Fishery Conservation Area (Bogue Lagoon), and the Montego Bay Marine Park Special Fishery Conservation Area (Airport Point). The MPAs are designed to balance the social and economic needs of the community while protecting national resources for future generations. The resources are administered by the National Environmental Protection Agency and the Fisheries Division.

Established in 1991, the Montego Bay Marine Park Trust oversees the daily management of marine and coastal resources in Jamaica’s first marine park. The Trust is membership-based and collaborates with Jamaica’s government, the National Environment and Planning Authority (NEPA), and the Ministry of Agriculture and Fisheries.