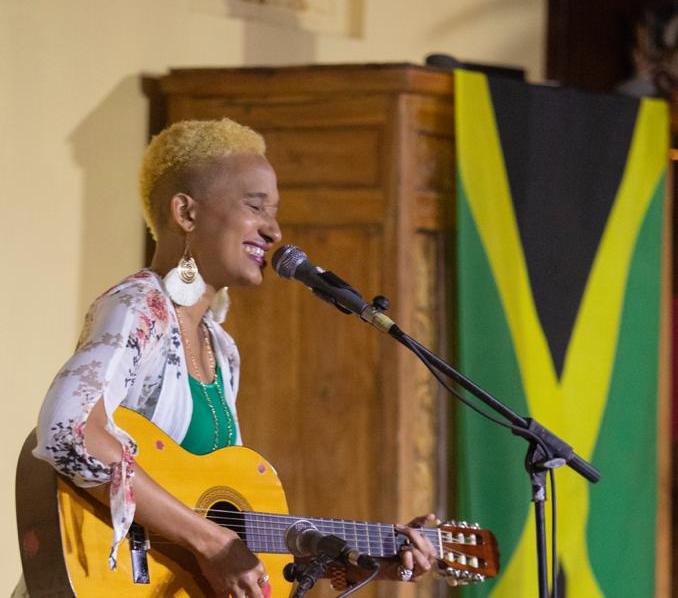 Jamaican singer Janine “Jkuhl” Coombs is the winner of the inaugural TropicSpin Music and Song Competition in the Solo category and received the top prize of US$1,500. The TropicSpin competition is sponsored by Arawak Media and CaribMagPlus and is open to musicians and entertainers from the Caribbean and Central America.

The competition was streamed on the Facebook and YouTube pages of Caribbean Magazine Plus, on CaribMag TV, and on the Caribbean Cyber Stream. Viewers could vote for their favorite submission, and all those who entered the contest were encouraged to have their fans and friends tune in. There were two categories for submissions: solo and group. The winner of the Group category was Ghetto Crew featuring Queen Tifa from Suriname for their entry, “N’e Srib a Oso.” They received a prize of $3,000.

With the aid of family, friends, and fans, Coombs submitted her “Coffee” music video for consideration by judges. “Coffee” was the only song among the many she has written to have a music video, which she created at her home. She saved for nearly a year to record with her friends, who were happy to make music with her even though she couldn’t pay them. For “Coffee,” Coombs recorded the musicians, edited the results, and then sent them to her friend Daniel Singer to mix and master. 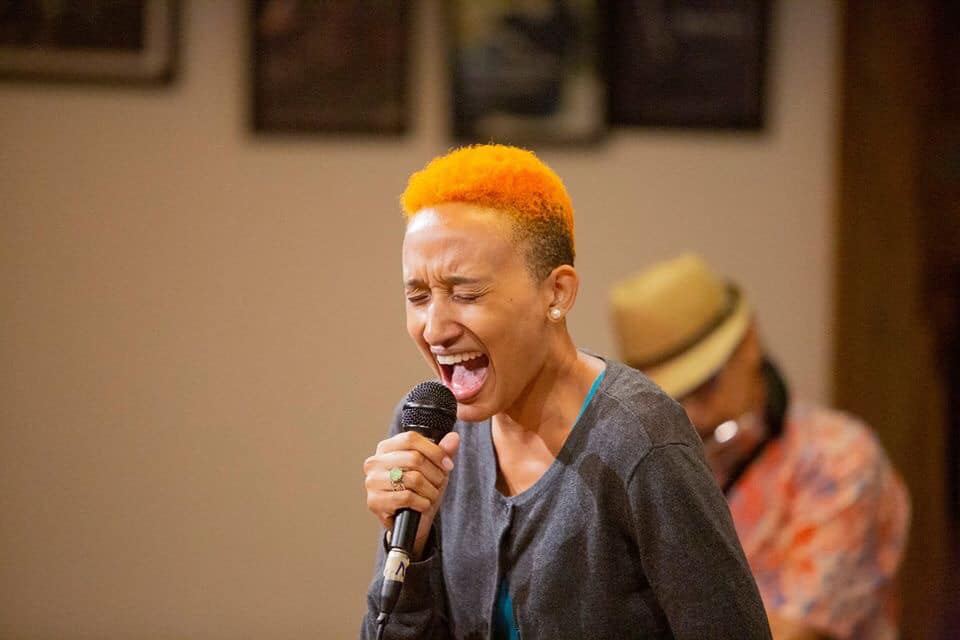 The music video accompanying “Coffee” was also created with help from her family and friends. The video was directed by Marz Jackson and reflects Coombs’ jazz influences and depicts shadowed silhouettes and images of enraptured lovers in a manner that matches the singer’s elegant and sensuous style.

Coombs plans to use her winnings from the TropicSpin contest to make another music video, noting that whatever revenues she makes from her music are always put back into it. She has considered becoming part of a label but believes that many labels are looking only for musicians who are established. She knows that she has to create her own label and that it will take time. She has recorded two albums, “Star Gaze” in 2009 and “Sweet Sway” in 2020.

In addition to her singing, Coombs is a producer, media host, music publicist, actress, and vocal performance coach, as well as the projects coordinator and researcher who is documenting the lives and works of Jamaican composers for the Music Unites Jamaica Foundation, a nonprofit designed to preserve the country’s musical heritage. She has been featured on local Jamaica TV and radio shows and on international programs including CNN’s “Voices of the Pandemic.” She has been a guest panelist at global forums and a featured performer at the 2021 Jamaica Jazz and Blues Virtual Festival. She also performed at the Global Inauguration Caribbean Party for Kamala Harris, the first woman to serve as the American vice president.

Her other achievements include participation in the MUZAK Heart and Soul Foundation Music Summer Camp, held in Los Angeles; the 2020 Sama Bali Residency held in Bali, Indonesia; and the Catapult Caribbean Creative Grant in 2020 and 2022.