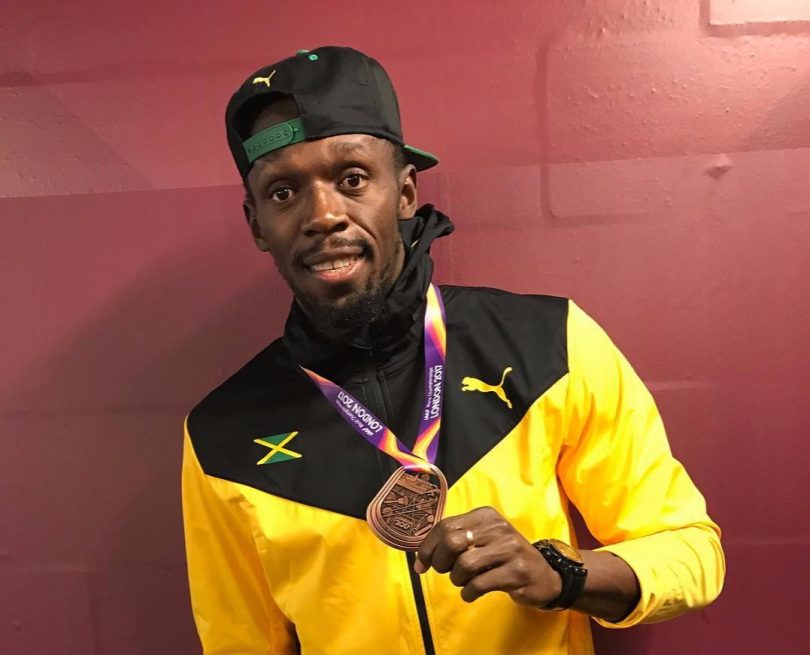 Jamaican athletes continued to win awards and break records in various sports events in 2017. One of the biggest stories was the retirement of multi-Olympic gold medal winner Usain Bolt’s retirement from track and field competition. Another important Bolt story was his return of his gold medal for a disputed relay race at the 2008 Olympics. Jamaica’s award winners included Veronica Campbell Brown and Kerron Stewart, who were inducted into the US Southeastern Conference (SEC) Women’s Legend Class. Danniel Thomas broke the national record in the shotput. Richard Stone made mix martial arts history. Jamaican athletes won 87 medals at the 2017 CARIFTA games. Darren Mottocks was the top Jamaican scorer in Gold Cup history. Andre Blake received the Golden Glove Award at the Gold Cup Final. Dane Kelly won a prestigious soccer award, and Jamaica’s women’s bobsled team received funding sufficient to make an effort toward Olympic gold in the 2018 Winter games.

Olympic eight-time gold medalist Usain Bolt ran – and won – his 84th and last race in Jamaica on June 11, 2017, before an enthusiastic crowd of adoring fans. In an event called “Salute to a Legend,” fans celebrated Bolt as an embodiment of sportsmanship, gumption and the spirit of the Jamaican people. The tribute event and race competition ran for five hours, giving the 35,000 people in attendance at National Stadium in Kingston the chance to honor one of the greatest athletes in history. Bolt first made a name for himself at National Stadium in 2002 by winning the world junior title in the 200 meters at the age of 15. Bolt retired from competition after the World Championships in London in August 2017.

Usain Bolt said that losing one of his nine Olympic gold medals as the result of a teammate being sanctioned for the use of a banned substance would not have a negative impact on his legacy. According to Bolt, “I am disappointed based on losing a medal, but it won’t take away from what I have done throughout my career, because I have won my individual events and that’s the key thing.” The Jamaican 4×400 relay team was stripped of its gold medal when a re-test of samples from Nesta Carter indicated that he had used a banned substance. “I am not fully happy about the situation but rules are rules,” Bolt said.

CAMPBELL BROWN, STEWART TO BE INDUCTED INTO WOMEN’S LEGEND’S CLASS

Veronica Campbell Brown and Kerron Stewart, Jamaican Olympic athletes, were inducted into the US Southeastern Conference (SEC) Women’s Legend Class in 2017. Campbell Brown competed for one season at the University of Arkansas in 2004, while Stewart ran for Auburn University in 1996 and 1997. Campbell Brown won three Olympic gold medals and received All-America honors at the indoor national meet during her first season at Arkansas, and Stewart won a 100-meter silver medal at the 2008 Olympics, won a number of honors at Auburn and was eight-time All-American in her two years at the school. The two Jamaicans were recognized at the 2017 SEC Women’s Basketball Tournament in March in Greenville, South Carolina.

Olympic shot putter Danniel Thomas set a new national indoor record with a throw of 18.32 meters at a competition in Kent, Ohio. This is the longest throw by a Jamaican woman in history, indoors or outdoors. Thomas, who represented Kent State University, made the distance on her second legal throw, or third throw overall, and broke several records by doing so. Her throw was a Kent State indoor record and also the longest throw ever at the Fieldhouse, the venue for the event. Thomas is Number 8 in the world and second in Division 1 in the United States. Her mark is the ninth longest in the history of US college competitions.

Richard Stone, 24, a heavyweight combined martial arts athlete, made history for his team by getting to the top of the 2016 rankings just one year after making the team in December of 2015. Stone, who graduated from the University of the West Indies, earned 49 points o the local and global martial arts circuit, becoming the top qualifier for the 2017 season. Stone earned one point more than former captain Nicholas Dusard to top eight other qualifiers and three invited athletes in the selection process.

Jamaica’s juniors took home a total of 87 medals from the 46th FLOW Carifta Track and Field Championships, which were held in Willemstad, Curacao. The medal total means that Jamaica topped all competitor at the meet for the 33rd time in a row and for the 41st time overall. Jamaica was credited with a total of 86 medals at the end of the three-day competition, which was the same total won in the two previous years, but a revised count indicated that Jamaica had won 39 gold, 28 silver, and 20 bronze, for a total of 87. At the 43rd staging of the event, Jamaica took home 89 medals, which was a record.  At the 2017 championships, Jamaicans set seven records, with Daniel Cope setting two of them in the shot put and discus throw. The 4.100 meter Under-18 boys team set a world record of 39.97 seconds, while Britney Anderson set a record in the Under-18 sprint hurdles with a time of 13.16. Sanique Walker broke the Under-18 girls’ 400 meter hurdles record, and Fiona Richards broke the Under-20 girls discus throw record. This made her the world’s sixth-best thrower in her age group to date.

Reggae Boyz player Darren Mattocks, a native of Portmore, made history on July 16, 2017, when he scored in a match against El Salvador. With that score, Mattocks became Jamaica’s top scorer in the history of the CONCACAF Gold Cup with four goals. He has now achieved 14 goals for Jamaica and helped his team to the 2-0 win against Curacao. The team advanced to the quarter-finals. Mattocks was chosen for the Copa America and CONCACAF Gold Cup rosters in 2015.

Andre Blake, the captain and goalkeeper of Jamaica’s Reggae Boyz team, received the Golden Glove award at the final of the CONCACAF Gold Cup competition following his team’s loss to the United States. Blake is the first Jamaican to be awarded the Golden Glove at the Gold Cup. He was recognized as being the best goalkeeper at the tournament and lived up to his MVP status. The Jamaican team was defeated after Blake, the top goalkeeper at the Gold Cup, had to leave the match due to an injury of his right hand. The loss in the final was Jamaica’s first loss at the tournament.

Jamaica is working to get a women’s bobsled team qualified for the 2018 Winter Olympics to be held in Pyeongchang. The move was boosted by the signing of a new sponsorship deal with Marubeni Corporation, a Japanese trading firm and a major shareholder in the Jamaica Public Service Company. Manubeni agreed to sponsor the campaign of Jazmine Fenlator-Victorian, the driver, and Carrie Russell, the brakewoman to qualify for the games.

Dane Kelly. 26, of Jamaica received the first United Soccer League Golden Boot in his career. Kelly, a striker, was the top all-time scorer in the league, the second-tier tournament in soccer in the United States. He took the award after having another successful season scoring for Reno 1868 FC, the third-best side in the Western Conference. Kelly’s award was one of three statistical awards announced by the league at the end of the regular season. Kelly called the award “a tremendous honor” and gave credit to his teammates for helping him make 18 goals during the past season.