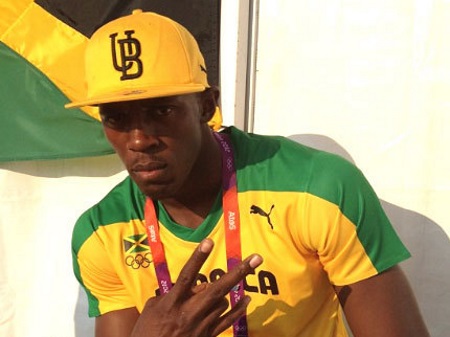 It is difficult to select just ten famous Jamaicans, since there have been so many well-known people from the island who stand out in the fields of philanthropy, civil rights, music, athletics, and the arts. Jamaica has become especially linked to reggae music through the legendary Bob Marley and to outstanding Olympic athletes like Usain Bolt.

1) Usain Bolt
Probably the most recognizable Jamaican today, Usain Bolt, born in 1986, is a sprint runner who is considered the fastest person in history. He is the first runner to hold world records in both the 100 meters and 200 meters. He set a world record in the 4 x 100 meter relay along with his teammates as well. He is the current Olympic champion in these events and is the first to win six Olympic gold medals in sprint. He won the 100 and 200 meter titles in consecutive Olympic Games in 2008 and 2012. His 9.58 second 100 meter time in 2009 broke his own previous record and is the highest achieved since the beginning of automatic time measurements. He is also the highest paid athlete in track and field history.

2) Bob Marley
Bob Marley, who was born Nesta Robert Marley in Jamaica in 1945 and died in 1981, is the best known and best loved performer and writer of reggae music. He is credited with spreading the Jamaican music and the Rastafarian Movement throughout the world. Marley’s music was influenced by social issues in Jamaica, and he worked to give a voice to the important cultural and social issues of his day. Marley has had an influence on many populations, regardless of race, color, or creed, worldwide. He is known as a “freedom fighter with a guitar” and his promotion of peace and tolerance continues to resonate with a global audience.

3) Jimmy Cliff
Born James Chambers in 1948, Jimmy Cliff is a singer, actor, and the only living musician to be awarded the Order of Merit by Jamaica’s government for his achievements in the arts and sciences. He is best known for his starring role in the legendary 1972 reggae film “The Harder They Come,” and for his song of the same name and others used in the film. Cliff was instrumental in popularizing reggae music throughout the world. He was inducted into the Rock and Roll Hall of Fame in 2010. The film, which tells the story of a man trying to make it in the music business but who turns to a life of crime when he fails, is considered one of the most significant, globally, to come from Jamaica since the nation achieved independence.

4) Marcus Garvey
Political leader, publisher, entrepreneur and civil rights activist Marcus Mosiah Garvey was born in 1887 and died in 1940. He was a strong supporter of Black Nationalism and Pan-Africanism movements. He was the founder of the Universal Negro Improvement Association and African Communities League. He also founded the Black Star Line, a shipping business designed to encourage trade between Africans around the world. He developed what is now called “Garveyism,” which involved a Pan-African philosophy that inspired a worldwide movement and the economic empowerment of Africans. He believed that individuals of African ancestry to “redeem” Africa and for European colonial governments to leave it. His views influenced many other political groups, including the Nation of Islam and the Rastafarians, for whom he has been proclaimed a prophet.

5) Harry Belafonte
Born in 1927 of Jamaican heritage in New York City, Belafonte became an important and popular actor and singer who championed social and political causes. He was inspired by Martin Luther King Jr. and the two worked together in the civil rights movement in the United States. In the 1980s, Belafonte worked to aid people in Africa and initiated the “We Are the World” recording that featured performers like Michael Jackson and Bruce Springsteen, with its proceeds providing famine relief in Ethiopia. He has supported many other social causes and was named goodwill ambassador for UNICEF. He worked to end apartheid in South Africa and opposed the U.S. war in Iraq.

6) Louise Bennett-Coverley (Miss Lou)
Affectionately known as “Miss Lou,” Louis Bennett-Coverley was a Jamaican folklorist, writer, and artiste. She was born in 1919 in Kingston and died in 2006. Between 1945 and 1946, she was a resident artist with the Caribbean Carnival, and she appeared in several Jamaican pantomimes and programs on television. She traveled around the world in her efforts to promote Jamaican culture. She published several books of poetry in Jamaican patois and made many recordings of Jamaican folksongs. She received the Order of Jamaica in 1974 and was appointed as a Member of the Jamaican Order of Merit in 2001 for contributions to the arts and culture. Her use and support of patois resulted in greater efforts to enhance its recognition in the world.

7) Ziggy Marley
David “Ziggy” Marley was born in Trenchtown in 1968, the oldest son of reggae legend Bob Marley. Ziggy is also a musician and leader of the Melody Makers band. He, along with this brother and sisters, continue the Marley legend and influence throughout the world. He became active in politics and created a record label called “Ghetto Youths Crew” while working with the United Nations. Since then, he has received several Grammy awards for his reggae albums, which often feature his family and friends in the recordings. He received a Grammy for the Best Musical Album for Children as well. He is the founder of Unlimited Resources Giving Enlightenment, which provides aid to children in Jamaica and Ethiopia, and in 2007, he became an official supporter of Little Kids Rock, a nonprofit that gives free musical instruments and music lessons to children in public schools in the United States.

8) Shaggy
Born in 1968, Orville Richard Burrell received his nickname “Shaggy” because of his shaggy hair. He is a Jamaican-American reggae singer and rapper who has won Grammy awards. After visiting a friend’s child at the Bustamante Hospital for Children, he became determined to help children who needed to receive medical care in the region. At the time, Bustamante was the only full-service children’s hospital in the English-speaking Caribbean. His personal donations and support of the hospital reflected his efforts to improve conditions in the facility. He officially introduced an event designed to obtain support funds for the hospital in 2009. The “Shaggy Make a Difference Foundation” was created and sponsors the “Shaggy and Friends Benefit Concert” series, which is held at Jamaica House. The annual concert features music stars from around the world, with its proceeds going to aid the children of Bustamante Hospital. In 2012, the event raised US$370,000 for the hospital.

9) Shelly-Ann Fraser-Pryce
Born in 1987, Shelly-Ann Fraser-Pryce is a top Jamaican track and field athlete. She rose to prominence at the 2008 Olympics in China when she became the first woman from the Caribbean region to win a gold medal in the 100-meter race. At the 2012 Olympics, she defended her title in the event and became the first non-American woman to win two consecutive 100-meter races at the Olympic Games. She is only the second female sprint runner to hold both the World and Olympic 100-meter championships at the same time. She is ranked fourth in a list of the 100 fastest female sprinters in history and ran the distance with a personal best time of 10.70 seconds in 2012.

10) Portia Simpson Miller
Portia Lucretia Simpson Miller was born in 1945 and is the current Prime Minister of Jamaica. She represents the People’s National Party (PNP) and previously served in the role of Prime Minister in 2006-2007. Over the years, she has been Minister of Defense, Development, Information and Sports; Minister of Labor, Social Security and Sport; Minister of Tourism and Sports, and Minister of Local Government. Simpson Miller was on the list of Time Magazine’s 100 Most Influential Persons in the World and has been named Person of the Year by the Jamaica Gleaner and Jamaica Observer newspapers. She is a member of an international network of female presidents and prime ministers, the Council of Women World Leaders. 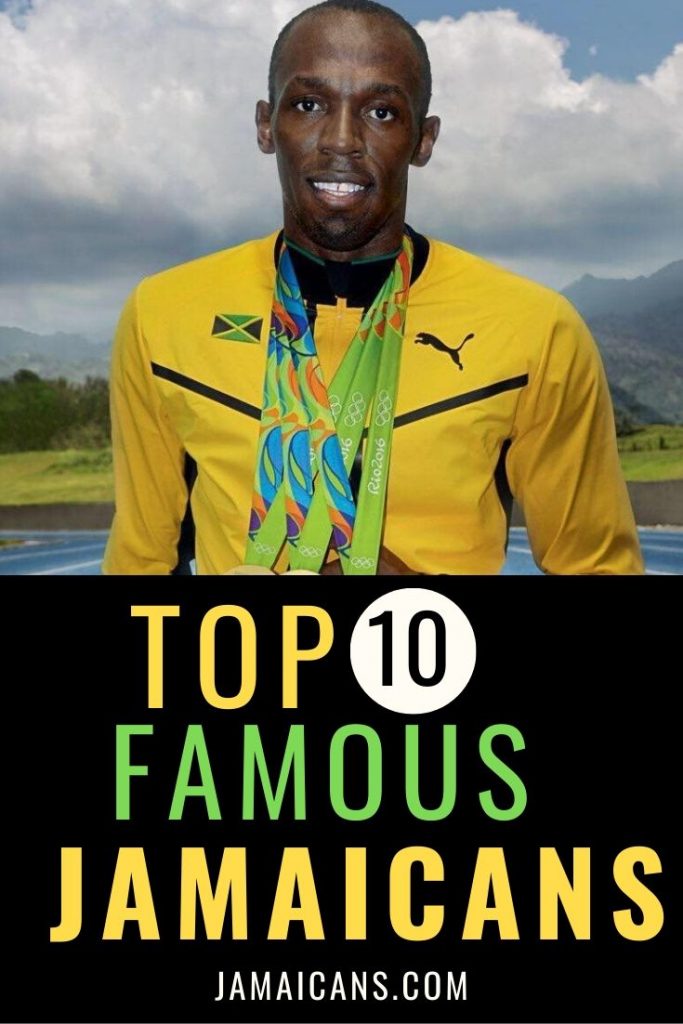