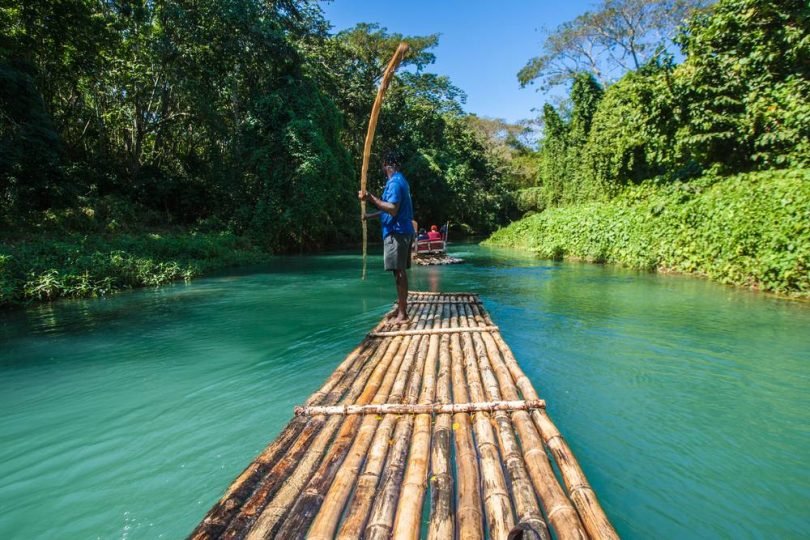 Jamaica is known worldwide for its natural beauty, its beaches and mountains, its music, and its laid-back lifestyle. But the country has a long history and many interesting and little-known stories to explore. Below is a list of facts about Jamaica that reflect its uniqueness.

1.       Jamaica was the first country in the Western world to build a railroad, building a railroad just 18 years after Britain.

3.       The James Bond films “Dr. No” and “Live and Let Die” were filmed near Ian Fleming’s Goldeneye estate in Jamaica.

5.       Jamaica is home to very few snakes because in 1872, the mongoose, imported to rid the sugar cane fields of rats, also succeeded in killing off nearly all the island’s snakes.

6.       None of the native species of snakes in Jamaica is poisonous.

7.       In 1962, Jamaica became the first Caribbean nation to gain its independence from Britain, but chose to remain a member of the British Commonwealth, and so, Queen Elizabeth II remains the Queen of Jamaica by tradition.

9.       Jamaica became the first tropical nation to participate in the Winter Olympics when it entered the bobsled event. Its first efforts in the bobsled competition were the subject of the film “Cool Runnings.”

10.   Jamaica produces the fastest runners on earth. Their speed has been attributed to their descent from a genetic pool of Africans that is naturally fast and the fact that yams form a large part of the Jamaican diet.

11.   Most Jamaican sprinters come from Trelawny, an area where the most yams are grown and consumed.

12.   Most Jamaican sprinters are descended from the Maroons, a group of enslaved people who escaped their colonial slave masters, outrunning them.

13.   Jamaican Usain Bolt of Trelawney is the fastest man in the world.

14.   Jamaica is the birthplace of reggae music.

15.   Dancehall music is the most popular genre in Jamaica.

17.   Many record companies launch new artists in Jamaica before introducing them internationally believing that if a song is a hit in Jamaica, it will be popular in other parts of the world. Some of the artists launched in this way include Rihanna, UB40, Harry Belafonte, and Steel Pulse.

20.   Jamaica has the most rum bars per square mile of any country in the world.

21.   The strongest form of rum on offer in Jamaica is “jancrow batty,” which translates as “vulture’s ass.” It is available on the black market. The strongest version comes from Trelawny.

22.   Jamaica has the highest rate of cranberry consumption per capita of anywhere on earth. Its popularity is attributed to its medicinal properties. It is used to treat the flu, enhance concentration, aid digestion, and boost the immune system.

23.   In 1997, Jamaica became the first English-speaking Caribbean country to qualify for the World Cup.

24.   Jamaica was the first Western country to commercially produce and export bananas. The country’s banana industry began in 1866.

25.   In 1996, www.jamaicatravel.com went online, making the island the first Caribbean Tourist Board to launch a website.

26.   On October 31, 1671, Jamaica became the first British colony to establish its own postal service.

27.   Jamaica purchased and imported the recipe for its famous Red Stripe beer from Illinois.

28.   Jamaica ranks 140th of the most populous countries in the world.

29.   Jamaica is the third-largest island in the Greater Antilles.

30.   The original inhabitants of Jamaica cultivated corn and yams.

31.   Jamaica is famous for cultivating and producing sugar cane, bananas, and mangoes, but none of these products are indigenous.

32.   Blue Mountain Coffee, one of the rarest and most expensive coffees in the world, is grown in Jamaica.

34.   Kool Herc, who is largely credited with originating rap and hip-hop music, is a Jamaican.

35.   The Manchester Golf Club, which was established in Jamaica in 1865, is the oldest golf club in the western hemisphere.

37.   Rastafarians account for less than five percent of the nation’s total population.

39.   Although spoken by many people, Jamaican Patois is not recognized by Jamaica as an official language.

41.   Jamaica has more multiple live births than any other country in the world.

42.  Three of the 5 Fastest Women Runners in the World in January – June 2021 were Jamaicans

43.   Jamaica is one of the happiest places in the world.

44.   Milk River Bath has been called the most radioactive mineral spa in the world.

45.   Family is of prime importance to Jamaicans; it includes a close-knit network of aunts, uncles, cousins, and grandparents.

46.   The country’s national dish is Ackee and Saltfish.

47.   Jamaica is the largest English-speaking island in the Caribbean.

48.   Louise Bennett Coverly, better known as Miss Lou, is a Jamaican cultural hero and a strong advocate promoting Patois as a legitimate language.

49.   The original inhabitants of Jamaica were the Taino.

50.   In the 19th century, Spanish and British colonists were instrumental in populating Jamaica with freed African slaves; many people living in Jamaica today descend directly from these first settlers.

51.   In 1997, Jamaica became the first English-speaking Caribbean country to qualify for the World Cup.

53.   The national flag of Jamaica is one of just two in the world that have no colors in common with the flag of the United States. (The other is Mauritania.)

54.   Jamaica was the first country to take an official position against and impose economic sanctions on the former Apartheid regime of South Africa.

55.   Tourism is the most important industry in Jamaica.

56.   Jamaica has 50 public beaches that are open to tourists; the most famous are Negril and Doctor’s Cave Beach in Montego Bay.

58.   In the 17th Century, Port Royal was once called the “wickedest city on earth” due to pirate activity.

60.   Jamaica had electricity and running water in 1893, before these conveniences were implemented in the US.

61.   One of the oldest Jewish cemeteries is in Port Royal.

62.   The Cast Iron Bridge that spans the Rio Cobre River is the oldest of its kind in the Western Hemisphere.

63.   Ackee is Jamaica’s national fruit, and the island is the only place it is eaten.

64.   The Giant Swallowtail, the second-largest butterfly in the world, lives in Jamaica.

65.   Ginger ale was created in Jamaica.

66.   Fourth Jamaican women have won the title of Miss World.

67.   Several top fashion models have come from Jamaica or if of Jamaican descent, including Naomi Campbell and Grace Jones.

68.   The ortanique fruit, a cross between an orange and a tangerine, was developed in Jamaica.

69.   On a clear day, Cuba can be seen from Jamaica’s Blue Mountains.

70.   Jamaica has the largest per capita cell phone penetration of any country in the world.

71.   Jamaica’s national bird, a hummingbird known as the “Doctor Bird,” is found only in Jamaica.

74.   Jamaica’s national anthem is the only one in the world that is also a prayer.

75.   Jamaica is the fourth largest producer of bauxite, which is needed to make aluminum.

76.   In Jamaica, it is socially unacceptable to use a person’s first name unless invited to do so.

81.   Jamaica perfected the game of Dominoes.

82.   Jamaica is ranked third in the world in popularity as a tourist destination.

85.   The name “Jamaica” originated with the Taino, an Arawak people, and is a translation of their word “Xaymaca,” which means “Land of Wood and Water.” 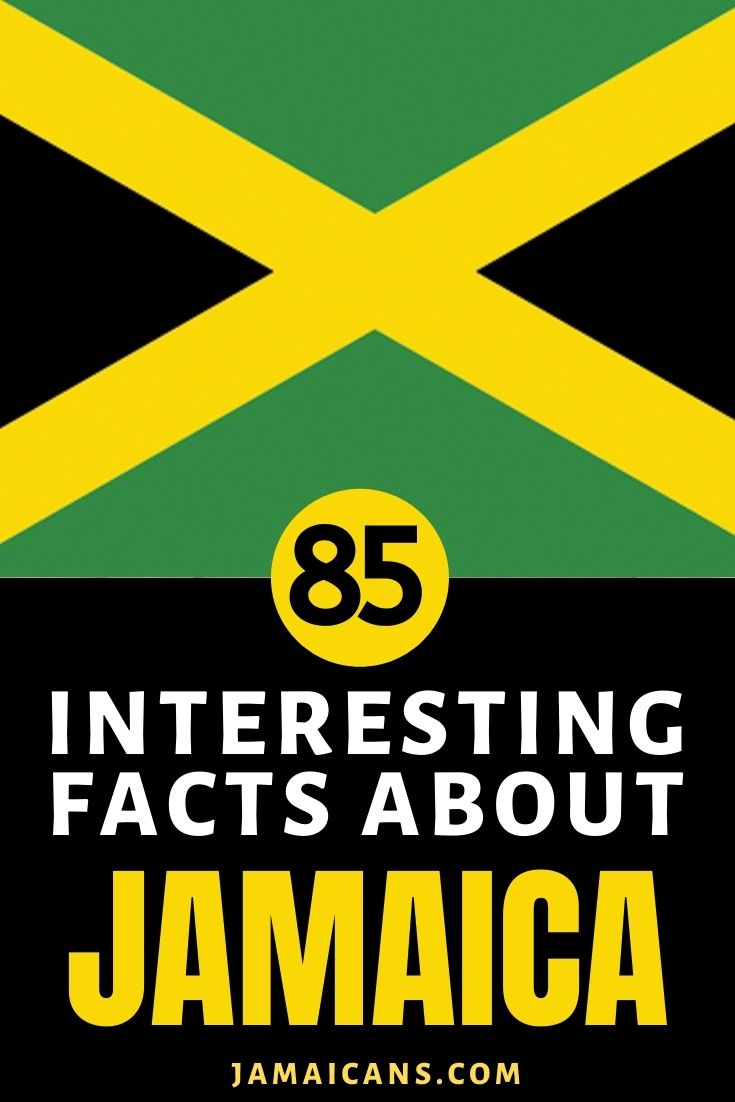