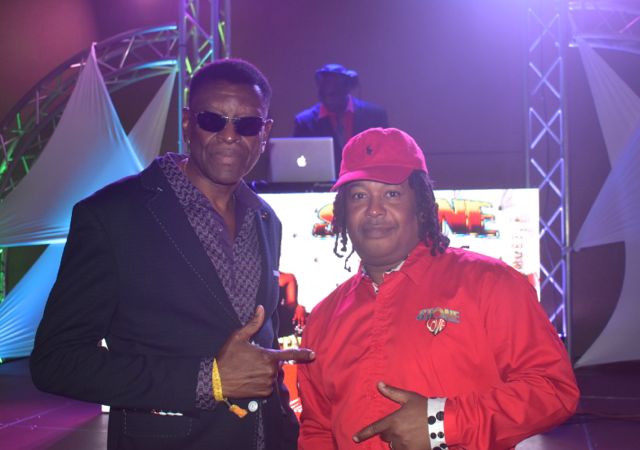 As expected, there was a lot of excitement in the build-up to Stone Love Movement’s 46th Anniversary bash held in Cooper City, Florida on Thanksgiving Eve, November 21, 2018. Presented by Real Youth Promotions, the event was a huge success and certainly took the packed Temple Beth Ballroom audience down memory lane as patrons rocked and swayed to servings of vintage selections being juggled by Billy Slaughter—one of Stone Love’s long-standing selectors.

With its headquarters in Kingston, Stone Love sound system was founded by Winston “Wee Pow” Powell in 1972. Mr. Powell built the ‘sound’ from the ground up, and all his perseverance and hard work surely paid off in a big way seeing that Stone Love has become a household name in Jamaica as one of the island’s most popular ‘sounds’ of all time. Through the years and up to this day, Stone Love—commonly referred to as ‘Stone Love Immortal’—is held in high esteem in the Jamaican music industry for its superior sound quality and exclusive dubplates, which have not only featured but also helped to establish the careers of a number of prominent reggae and dancehall artists, such as Shabba Ranks, Buju Banton, Wayne Wonder, Sanchez, Tanya Stephens, Capleton, Bounty Killer and Beenie Man—just to name a few.

What’s more, Stone Love has strung up its amplifiers and tall speakers all over the world in places from Kingston to New York City, London, and Japan. Aside from Wee Pow, the roster of Stone Love selectors has included Rory, Geefus, Billy Slaughter, Ice Burg, Dwayne Pow, Jazzy, and Genius. In 2014, Mr. Winston Powell was honored for his contributions to Jamaican music on being awarded the Order of Distinction—which is conferred upon citizens of Jamaica who have rendered outstanding services to the country. Congrats to Father Pow and Stone Love Movement in reaching such a remarkable milestone of maintaining the ‘sound’ in a position of prominence for so many years.   And nuff respect is due to Real Youth Promotions for their energy in presenting Stone Love’s 46th Anniversary extravaganza to the masses.   They certainly did a fantastic job!

Photo by Nick Ford, who lives and works in South Florida.