Routes of Reggae - A Brief History on Jamaican Music 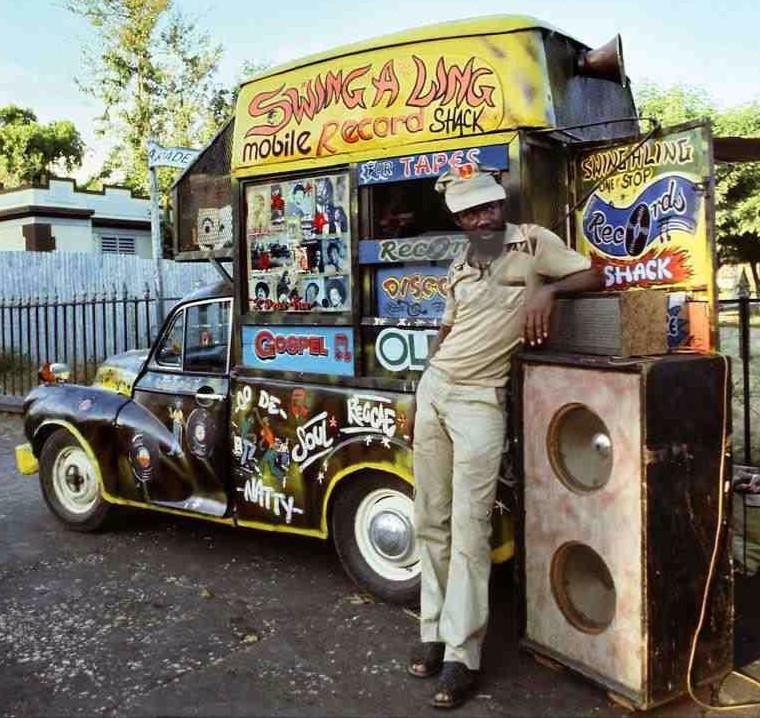 Jamaican music, like our other cultural expressions, came into being through the process of time and evolution. With more than 300 years of continuous history, our people have developed a homogeneous community. The fabric of our music is woven of many threads and the sources are varied and many, with European and African influences. However the blend is uniquely Jamaican.

Jamaican music rhythms have been a common denominator in the music of the other islands of the West Indies.

Reggae, Jamaica’s popular sound, was developed from the folk-mento forms. And, at that time the United States was warming to rock ‘n roll, which displaced the popular rhythm and blues.

While Jamaica was still under the colonial system in the mid-1950s, the roots of reggae sprouted. Up to that time, the popular music on the island reflected the sounds of Britain and the United States.

Our folk music – digging and mento songs – thrived mainly in the rural parts. With the growth of the industrial sector, especially bauxite, our people gravitated to urban centres.

People who came to Kingston seeking work were encouraged by the wonder of the radio, and the jukebox, which was only just appearing in bars, clubs and other social centres. Recording studios produced mainly saucy mento rhythms primarily for the tourist industry. But people of the depressed communities of Kingston found the mento music irrelevant to their lifestyle and as a vehicle of statement. As a result, they developed the sound system as a medium of communication, complemented by the Blues Dance. The American rhythm and blues, produced by urban blacks, shared a similar development pattern. The sound system provided the medium for this imported music.

Subsequently, the big sound operators began manufacturing their own sets, which they used at dance sessions. Alongside this came their first records, which were based on the R&B formula, but included cutting brass, gutsy saxophones, shuffling rhythms and the all-powerful bass.

It was then that Jamaica’s two foremost sound systems – Sir Coxsone’s Downbeat and Duke Reid’s Treasure Isle systems – built recording studios and launched a competition for exclusivity of records played.

And so, it was against this background that Jamaica’s music entered the 1960s. The ordinary people danced in the dance halls and open air to music of Laurel Aitkin, Theophelus Beckford, Owen Grey, Clue Ja and the Blues Busters. The Jamaican music quickly assumed shape and took on a unique up-tempo beat. And that was how the ska was born.

It was a type of 12-bar rhythm and blues framework featuring a shuffling rhythm with accents on the second and fourth beats. The syncopated “after beat” was provided by the guitar and piano. Then came Don Drummond along with others, who were all steeped in jazz and rhythm and blues sounds. They were also versed in the music of the wider Caribbean and Latin America. Don and the Eric Dean’s band toured Cuba, Haiti and other areas and earned the “yard name” Session Men. The recording industry became popular and the artistes met with much success on the dance circuit.

Don Drummond, along with some of the greatest sessions men in the island, came together and formed the Skatalites band.

It should be noted that the styles of the musicians had far-reaching effects on generations of Jamaican musicians. Other good musicians like Rico Rodriques and Baba Brooks gave them rivalry.

However, in the mid-sixties the band was disbanded. It was after this that the Jamaican society realised that they had something unique. A great number of stage shows sprang up and the recording industry, nightclubs and radio stations began showing great interest in the “new music.”

It should be noted that the sound managed to preserve its identity in light of growing commercialism. This also provided an avenue for the young people of the inner-city communities to make a name for themselves through recordings and performing at dance sessions.

Many of them grew to international recognition. Among them are Bob Marley, Jimmy Cliff, Ken Boothe and Toots Hibbert.

During this time, Rastafarian music, with its chanting and syncopated drumming and spiritual messages, which seemed then to appeal to the more aggressive males of the depressed areas began to influence both rhythm and lyrics.

The ska era created many instrumental heroes, of which Don Drummond, headed the list. After his tragic death, young musicians began searching for new musical directions suited to their skills.

The music evolved into rock steady. Its birth came at a time when sound systems were facing keen competition from the middle-class disco music. Hence big bands had to be content with “session” work and stage show gigs.

Reggae, which came out of ska and rock steady, took our music into the 1970s. Music and recording became big business and new studios sprang up everywhere, featuring the latest and most sophisticated equipment.

Jamaica attracted people from around the globe, who came to record and enjoy our new music. And soon we carved out a niche in the international recording market.

Jamaicans living in Great Britain then caused labels, such as Island and Trojan, to capitalise on this and in so doing broadened the scope of the Jamaican music industry.

Prolific performers such as Millie Small, with her hit song “My Boy Lollipop” and Desmond Dekker with “Poor Me Israelite” were the forerunners of Jamaican music overseas. Jimmy Cliff and others successfully followed them.

Bob Marley took this new Jamaican music even into other countries of Europe and other continents.