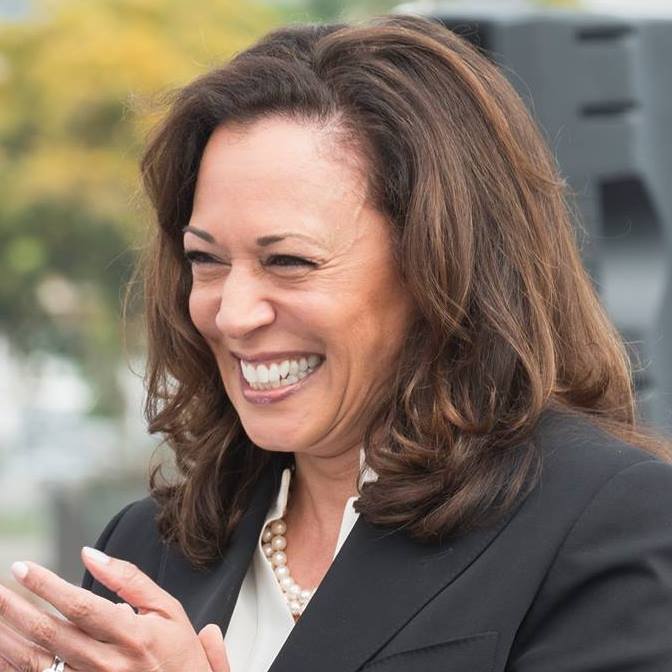 Jamaicans in the diaspora continued to be active in 2019, with two Jamaican-Americans making bids to become the Democratic candidate for the United States presidency in 2010. Also included in diaspora news were the anniversary of Team Jamaica Bickle’s support of Jamaican athletes at the yearly Penn Relays, action in the United Kingdom to resolve problems for the Windrush Generation, a Global Jamaica Diaspora Council (GJDC) has been named, and the recognition of Jamaican musician Shaggy for his service as a US Marine. Several Jamaicans were honored overseas for their contributions to the Jamaican community.

JAMAICAN-AMERICAN KAMALA HARRIS MADE, THEN ENDED, PRESIDENTIAL BID
Kamala Harris, whose father is from Jamaica and whose mother is from India, made a serious bid to become the Democratic candidate for the United States presidency. Harris, previously the first woman of color to be the Attorney General of California and currently a US Senator from that state, participated in several presidential debates before ending her campaign due to lack of funding. Harris, 55, is a member of several important committees and has been especially notable for her strong performance in the Kavanaugh Supreme Court confirmation hearing, among others.

25 YEARS OF PENN RELAYS MARKED BY TEAM JAMAICA BICKLE
Team Jamaica Bickle (JTB), which is based in Queens, New York, feeds and supports athletes from Jamaica and the Caribbean at the Penn Relays held annually at the University of Pennsylvania in Philadelphia. JTB celebrated the 25th anniversary of the Relays Carnival on January 8, 2019, at the Consulate General of Jamaica in Manhattan. Lisa Bryan-Smart, Deputy Counsel General, praised the organization for contributing to the support of the athletes over the years. She noted that in Jamaica sports represent one of the nation’s greatest assets and of significant cultural value in making the country known worldwide.

JAMAICAN-AMERICAN MAYOR ANNOUNCED RUN FOR PRESIDENT OF UNITED STATES
Wayne Messam, the first black mayor of Miramar, Florida, announced he was running to become the next president of the United States in 2020. Messam joined a crowded field of Democrats seeking the party’s nomination. Messam, 44, whose parents immigrated to the US from Jamaica, cited his experience in running Miramar as preparation for taking on the highest office in the US. He noted the city’s progress in creating environmentally-friendly development, increased manufacturing, and major corporate operations there. He also said his personal story as the son of immigrants now living the “American Dream” would resonate with the general US population.

UK JAMAICANS WELCOMED WINDRUSH COMPENSATION PLANS
Jamaicans and the Jamaican government welcomed plans by Britain to offer compensation to the thousands of individuals from the Caribbean – most of them are Jamaican nationals – who suffered under the current immigration system that deported legal residents by force back to Jamaica as they had been misclassified as illegal residents. The Windrush Generation refers to Caribbean nationals who were transported to the UK in 1948 to help rebuild the country after World War II. Many of these people, who were assured legal residency and who have lived there since then, did not bother to verify their immigration status or understand UK immigration policies until these policies changed dramatically in the 1980s.

WINNER OF DIASPORA AWARD WORKED TO “GIVE BACK” TO SCHOOLS
Paul Barnett was honored with the 2019 Governor General’s Achievement Award for the Diaspora in Canada. He invited Jamaicans who live in Canada, where he himself moved 52 years ago, to register their schools with the Alliance of Jamaican Alumni Associations. The organization includes 52 alumni groups that work jointly for schools in Jamaica. Prior to moving to Canada, Barnett completed his studies at Ardenne High School. He is one of the founding members of the Ardenne Alumni Association and was part of the group that created the Alliance in 1992. The alliance connects schools with companies that provide them with supplies they need, like computers. It also sponsors a mentorship program that links students to the Emerging Global Leadership Jamaica program.

CELEBRATION FOR MISS LOU’S 100TH ANNIVERSARY HELD IN FLORIDA
The “Miss Lou Full Hundred,” celebration to mark the 100th anniversary of the Jamaican folklorist, writer, and activist Dr. Louise Bennett-Coverley, known as “Miss Lou,” was held in Florida under the auspices of the Consul General of Jamaica, Oliver Mair. The event launched at the Royal Palm Beach Community High School on September 6, 2019. The next day, it moved to the Coral Springs Center for the Arts. It featured a rare appearance in Florida of the award-winning Jamaican Folk Singers, Labrish with “Dat Bumpy Head Gal”, and Joan Andrea Hutchinson.

JAMAICAN-BORN LAW PROFESSOR NOMINATED AS FEDERAL JUDGE IN U.S.
Richard E Myers, a Jamaican-born law professor, has been nominated to fill a vacancy on the federal bench in the United States. Myers has also worked as a prosecutor, defense attorney, and journalist in the US. Nominated for the longest federal vacancy in the US, Myers would fill a position as a judge in the Eastern District of North Carolina. Myers was born in Kingston, Jamaica, and immigrated to the US when he was a child. In the nomination process, Myers was cited from his advisory work at the University of North Carolina Federal Society chapter by Senator Thom Tills.

DANCEHALL ARTIST SHAGGY RECOGNIZED AT BOSTON VETERANS’ DAY EVENT
Shaggy, a Jamaican dancehall icon, was honored in Boston, Massachusetts, at a Veterans’ Day Dinner along with other United States Marine Veterans of the Gulf War, who were recognized for their service. The charitable event was hosted by Hanscom Federal Credit Union and Home Base at the John F. Kennedy Presidential Library and Museum. The musician, who is 51 years old, has often cited his experience in the US Military as one of the major factors that made him who he is. Shaggy, whose real name is Orville Berrell, moved to the US from Jamaica when he was 18 and enlisted in the Marine Corps in 1988, serving as a Field Artillery Cannon Crewman in the Field Artillery Battery of the 10th Marine Regiment during the Persian Gulf War.

NATIONAL AWARDS PRESENTED TO JAMAICAN TRAILBLAZERS IN LONDON
Jamaicans Dame Karlene Davis and Rt. Rev. Rose Hudson Wilkin were presented with the Order of Distinction (Commander Class) for their contributions in their respective fields. Both live in the United Kingdom and received their awards from High Commissioner Seth George Ramocan; Davis was recognized for her contributions in the field of health care, while Wilken received the award for outstanding work in religion and community development.